What is your RFID GOOOOOOOOOAL?

I hope you enjoy watching the FIFA World Cup™ 2018 as much as I do, even though Team USA didn't qualify this year. Competition is healthy and fun to watch, both on and off the field.

Soccer (sorry, football or fútbol to most people) is thought to be thousands of years old and didn't change officially until the 1800's. Today, you would be impressed with the technology that has helped to improve the game.

Goal-line technology (GLT) is electronically detecting if the soccer ball crossed the white line and entered the goal. Did the ball completely cross the goal line in between the goal posts and underneath the crossbar or not? The objective of GLT is not to replace the officials but to help them.

In 2001, Hawk-Eye was developed initially for television purposes in cricket. It is a computer system now used in numerous additional sports such as tennis, Gaelic football, badminton, hurling, Rugby Union, association football and volleyball, to visually track the trajectory of the ball and display a profile of its statistically most-likely path as a moving image. Hawk-Eye utilizes six high-performance video cameras which are then triangulated and combined into a three-dimensional representation of the ball's trajectory.

In 2006, an RFID sports technology start-up company, Cairos, collaborated with shoe manufacturer, Adidas, and had hoped to implement their GLT for scoring scenarios in which a judge found it difficult to determine if a ball had crossed the goal line. Their system placed up to 12 readers around a stadium that could detect an RFID tag inside a ball and track its exact position in real time throughout any match.

In 2012, another company, RedFIR, created a goal-line technology using RFID; it is called GoalRef. Each player wears one or more battery-powered RFID tags. The tags can be attached around one or both of the player's ankles, over the shin guard, or attached to that individual's shirt. Each device beacons a unique ID number at a rate of several hundred transmissions per second. In addition, 12 readers are installed around the field that capture each tag's signals. Another RFID tag is embedded inside a soccer ball, and transmits more frequently—approximately 1,000 times per second—in keeping with the higher rate at which the ball moves, compared with each player's speed. With this technology, the antennas transmit a signal that creates a magnetic field. When the ball crosses through the magnetic field, its tag distorts that field. A receiver detects those changes and sends a message to the GoalRef software that a ball has crossed the goal line.

In July 2012, the International Football Association Board (IFAB) approved Hawk-Eye, Cairos, GoalRef, and a fourth product from a company called GoalControl, which has a 14-camera system similar to Hawk-Eye. GLT was first used in the 2014 FIFA World Cup™ when France played Honduras. A player kicked the ball, which bounced along the goal-line, hit the inside of the goal, and finally bounced off the post - the ball had in fact crossed over the line. Goal-line technology was instrumental in helping to make the right call.

There are 144 FIFA stadiums using goal-line technology, and even though both Hawk-Eye and GoalControl are still licensed, Hawk-Eye is the only system currently being used. The cost per system is approximately $650,000.

While RFID technology is not currently used in the Copa del Mundo de Fútbol, it has a history of being a successful and viable solution as a goal-line technology. It might not have been chosen over a 14-camera system, but RFID is still very popular in marathons and advanced sports analytics where biometric sensors can provide instant feedback on players like temperature, heart rate, and detect other potential issues.

Whatever your GOOOOOOOOOOOOOAL is, Quartz Group is here to help your team, by designing forward-thinking applications with RFID technology, especially in warehouse and manufacturing environments. Our RFID solution will enable entity tracking of all products, equipment, and fixed assets. Contact Quartz Group today and learn about future enhancements like labor-tracking, WIP monitoring, and transferring finished goods from the production process to the warehouse to time of shipment. 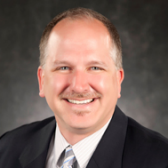